Difference between an orangery and a conservatory

What is an Orangery?

An orangery is an extension on a property that features a glass roof which usually takes up less than 75% of the roof area, and less than 50% of glass installed in the walls.

What is a Conservatory?

A conservatory is an extension on a property featuring a glass roof which usually covers at least 75% of the roof area, and at least 50% of the wall area is glass.

What’s the Difference Between An Orangery and A Conservatory?

In the past the difference between an Orangery and a Conservatory were easy to distinguish from one another; these days however the differences between an orangery and a conservatory are less obvious. This lack of distinguishing features makes choosing between the two builds a confusing experience for homeowners such as yourself.
Orangeries were popular during the 16th century, traditionally, orangeries were a grand building used to grow orange trees in large period homes, shielded from the cold British weather. Traditional Orangeries were constructed with solid pillars which held up roofs with large areas of glass used to capture the warmth of the sun and cultivate the orange trees.

The difference between an orangery and a conservatory is that nowadays orangeries are installed on smaller homes and are feature more glazing, much like conservatories. The most recognisable feature of an orangery is that it has a more solid roof which will have a glass lantern mounted to a flat roof, alternatively an internal pelmet could be installed around the perimeter of the internal ceiling. Most have pillars constructed from either brick or a modern alternative to traditional is a super-insulated aluminium columns which features a decorative design that adds a feel of grandeur.

The difference between an orangery and a conservatory is that a conservatory roof is usually made using glass or polycarbonate panels to allow a maximum amount of natural light to enter the room. Having more glass panels really brings the outside world inside your home, without the grand designs or solid pillars that you would find on an orangery which allows for maximum views.

High performance glass coupled with the latest thermally efficient technology super-insulated columns and insulated internal pelmet structures, a modern conservatory not only looks just as impressive as an orangery, it can feel just as cosy too. There are many design options which allow you to create your own style such as colour and decorative Cornices, these options really allow you to create a unique build to suit your needs and style of your home.

An orangery is also flexible in design and can also include features such as floor-to-ceiling glass, without brick pillars. This is where the crossover in style occurs resulting in an orangery that looks like a conservatory and of course vice-versa. This is beneficial to you, as a customer, as you will have complete control over how your new room will look and tailor the design to what you desire.

So, What is An Orangery?

An orangery is essentially a cross between a conservatory and a full single-storey extension, it gives you the benefits of a conservatory and the natural light you get from the high performance glass, whilst providing you will the privacy and cosy feel that you get from a solid single story extension. That seems to be the best way to imagine the main difference between an orangery and a conservatory. Because they are half way between conservatories and extensions, they offer the best of both builds whilst still reamining a cost-effective method of extending your home.

We also supply and install modular builds that give you the customer full control over how the final Orangery will look. Using Durabase we can offer faster, cleaner installations with less disruption to your life. A Durabase build does not require any heavy excavation, so there is hardly any waste to dispose of, no need to move services or drains. Compared to wet built bases it is a more cost effective method of building an extension. Durabase features real brick face in a variety of colours and is super thermally efficient.

We have now established the main difference between an orangery and a conservatory, so now you can explore the many different styles we have to offer! We supply and install Ultraframe products because they are the best on the market. The orangeries come in a choice of three designs which are; the Classic Orangery, Lantern Orangery and lastly the Contemporary Orangery.

The Contemporary Orangery is based upon traditional 16th century design with a modern twist, with super-insulated columns and a beautiful decorative cornice creating the contemporary look outside and a super insulated pelmet for the orangery look and feel inside. You can add more modern styling by adding bi-fold or sliding doors that span a whole wall thanks to a concealed structural goalpost.

A Lantern Orangery is exceptionally versatile, suited to quite literally any type of property. Perfect for modern or traditional projects. The Ultrasky roof lantern gives a deep perimeter ceiling inside, allowing lighting to be strategically placed anywhere in the ceiling, creating some stunning effects, perfect for extending kitchen or dining areas, or creating a space to entertain and wow your friends.

What is A Conservatory?

A conservatory is the most popular choice of home extension throughout the UK. The difference between a conservatory and an orangery is mostly to do with the amount of glazing. Due to this, conservatories are often seen as the brighter choice for getting more natural light into your home. Thanks to high performance glass they are thermally efficient and can really open up any home with subtle aesthetics.

Ask anyone to think of a conservatory and they will instantly imagine the classic shaped conservatory, a red bricked dwarf wall, a bow front and polycarbonate or glass roof. Conservatory styles have moved on significantly now with many styles to choose from and different roof types available. This is why any difference between an orangery and a conservatory are so subtle and confusing. We supply and install the following Ultraframe conservatory roof options:

The Classic roof style is perhaps the roof that you would associate with a traditional conservatory, these double glazed roofs feature all the classic aesthetics that everyone recognises. Of all the different roof styles this would be the one that highlights the main difference between a conservatory and an orangery. Full glass conservatory roofs allow an abundance of natural light to flow into the space. Perfect for growing plants, or entertaining guests.

A LivinRoof is visually the polar opposite from the Classic Roof, LivinRoof is a solid roof alternative to a traditional glass roof. Installing a solid roof, creates a look much like a traditional extension, which is another reason why homeowners find it hard to work out the difference between an orangery and a conservatory. Solid replacement conservatory roofs provide privacy, whilst the addition of glass panels give the room a bright and spacious feel.

The Ultraroof conservatory replacement roof is very similar to the LivinRoof. The big difference between the two is that rather than solid panels, Ultraroof uses composite tiles. The tiles aesthetics create a wow factor that are easy to match with traditional homes, they look especially good when used in conjunction with a lean-to conservatory. The tiles makes the UltraRoof incredibly safe, secure and weatherproof.

Inside the Ultraroof has a built in super insulated pelmet that is perfect for adding LED lighting or even recessed speakers, the perfect set up for enterntaining guests. You can also place glass panels and lighting anywhere on the Ultraroof meaning light will never be an issue.

Which Is Best Orangery or a Conservatory?

There is a lot of difference difference between an orangery and a conservatory, so it’s not easy to know which is best suited for you and your home. Both builds would suit literally any style of property, however there are a few important factors to take into consideration before deciding on a which one to go for.

Orangeries are better suited to smaller homes, largely due to their rectangular shape. Be aware that it is not a good idea to put an oversized orangery which would take up a lot of surface area and possibly spoil the look of your home. Another thing to avoid is taking up too much of your garden with an orangery, be mindful of the footprint when choosing between the two.

Another important difference between an orangery and a conservatory is that an orangery will suit older style homes better. We will be able to perfectly match the brickwork of your new orangery to your existing property, it’s important to match the buildings to maintain the period charm. Conservatories can still be designed and styled to suit older homes, although an orangery blends in with minimal effort.

A lean-to conservatory is a great alternative to an orangery especially if you are looking to expand a smaller home. This style is different to other conservatory styles, easily recognisable by a sloping roof that literally leans back on the building. The other perk of a lean-to is that they can be installed under the eaves of most single storey properties. A lean-to doesn’t impose much on garden space but still creates a fantastic room that can be enjoyed all year round whilst adding visual appeal to your home.

Larger properties can have conservatories designed and tailored to suit the space that is available. This is yet another difference difference between an orangery and a conservatory. More flexibility is the shape that can be created such as P and T-shaped conservatory designs, these buildings will blend perfectly with your home without looking like it has been planted on or overpowering the homes style.

We have discussed in detail the difference between an orangery and a conservatory, however if you’re still confused which would be the best for your home feel free to contact us if you live in Cornwall and we can arrange a visit and discuss your needs further, we can then make some recommendations after talking with you and seeing the property. 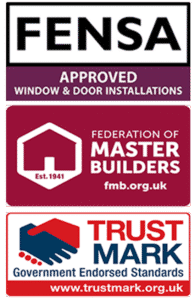 Best Glaze Windows & Doors Conservatories is a friendly, family run business providing top quality uPVC Windows, Doors and Conservatories at reasonable prices to customers throughout Cornwall and Devon.
With over 20 years experience you can be sure that you are in good hands when you choose Best Glaze to handle your project. Conservatory Roof Specialists.